Gallifrey is in a state of crisis, facing destruction at the hands of an overwhelming enemy. And the Doctor is involved in three different incarnations – each caught up in a deadly adventure, scattered across time and space. The web of time is threatened – and someone wants the Doctor dead.

The three incarnations of the Doctor must join together to set time back on the right track – but in doing so, will they unleash a still greater threat? 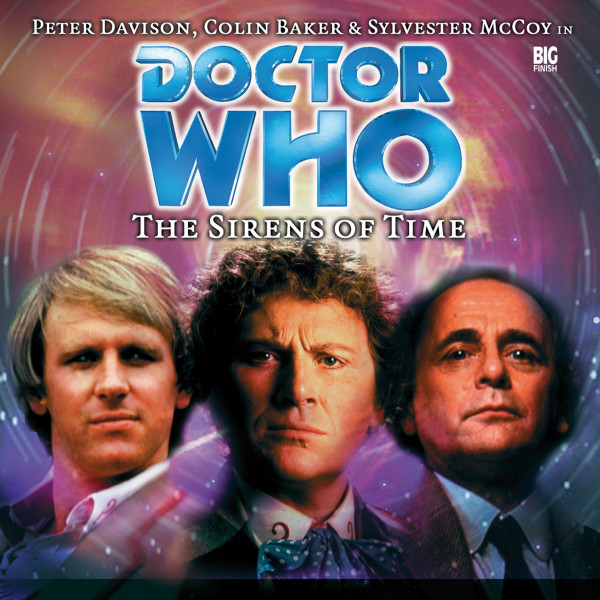 It’s 1999. Three years after Doctor who returned and six years before Doctor Who returned in a golden age of Who for Doctor Who had returned. Not following? Well that’s probably because you’re not thinking forth dimensionally. Or you’re not aware that I’m on about Big Finish’s first entry ‘The Sirens of Time’.

The seventh doctor hears a commotion outside the T.A.R.D.I.S and steps outside to find himself and a young student known as Elenya stranded on an old man’s prison between his final years and an army of people out for revenge.

At the same time time the fifth doctor finds himself materialising on board a British freighter just before ‘Das Boot’ strikes. Once they do and the T.A.R.D.I.S is adrift for the sharks he and Helen are taken prisoner by the Hun. Made all the worse when the time lords intervene to take control of their man Scmidt in order to kill The Doctor.

Meanwhile the sixth Doctor finds himself stranded at a conference adrift on the edge of a time anomaly. When it manages to wipe out the crew and everyone on board it leaves himself, the android pilot and a waitress called Elly to handle the mutated microbes on board as well the strange beats at the heart of the Kurgon wonder. A beast known only as the Temperon.

This is the first of the Doctor Who audio dramas. Depending on who you ask and brings the three Doctor’s (available to them) together in a tale of time manipulation and conquest that threatens to over whelm the Time Lords and time itself. Now the thing is this isn’t one of those big jolly meet ups like the Five Doctors but is instead a fitting pilot Big Finish with each of the Doctor’s getting a solo episode before meeting up for the finale. One of these was a planet locked old school episode that had echoes of ‘The Brain of Morbius’, the next a historical that was so locked into it’s two sets the BBC could have financed it with money left over for extra tea and crumpets for the crew, and the last a space bound adventure aboard a ship you can picture in your minds eye with it’s bright, silver, cardboard, walls and poorly green screened external views through the windows.

For the sake of budget, I assume, plus running time the part of the companion will be played by Sarah Mowat who does a decent job with each of her characters. Plus I think the surprise reveal comes a bit better in audio where an accent change completely alters your whole appearance. Each of the Doctor’s got to play to type apart from seven who felt a little flat in this one; through no fault of Sylvester McCoy. However of the three I think it’s fair to say that Colin steals the show starting his ascent from the mire of his own run on the show here to be able to stand shoulder to shoulder with the rest with his head held high. Maybe it’s something about not being able to see the coat? 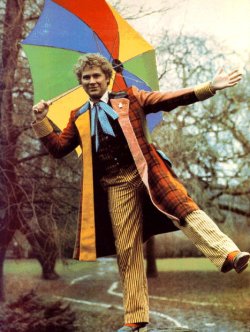 The end is mostly decent though a little bogged down by it’s own cleverness once the whole thing is revealed and rules of two are thrown into the mix to prevent a simple resolution. But there’s enough of the Doctor Who style bickering and banter when they have met up to make this feel like a decent Doctor Who classic and each of the stand alone tales paints a good picture in your mind that you can follow along without resorting to too much wordy exposition where everything has to be narrated like everyone across the cosmos has been struck down by senility. Overall a promising start to a series that promises to deliver some of the best Who episodes ever seen.